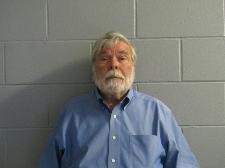 Local attorney Jonathan C. Hull made his initial appearance on felony forgery and theft charges at the Lincoln County Courthouse in Wiscasset the morning of Thursday, Oct. 11.

Hull, 72, who practiced in Damariscotta and lives in Newcastle, faces charges of felony forgery and theft, along with other criminal charges, in connection with his time as treasurer of the nonprofit Cheseborough Program.

Hull allegedly took $24,250 from the organization’s checking account, according to an affidavit by Sgt. Erick Halpin, of the Damariscotta Police Department. He later repaid the money.

The Cheseborough Program facilitates student exchanges between the city of Bath and the city of Tsugaru, Japan.

In addition to the forgery and theft charges, he faces one count each of misdemeanor misuse of entrusted property and falsifying private records.

After Hull’s arrest Aug. 8, the Maine Supreme Judicial Court suspended Hull from practicing law in the state, citing misconduct that poses “an imminent threat to clients, the public, and to the administration of justice.”

The suspension went into effect Aug. 24.